Friends of Children and Youth

“Growing up, I only had my father. In 2016, he was incarcerated and has to serve for 5 years. He will be released next year.

I was often picked on by my classmates after they found out about this. They taunted me by saying I had no father or mother, that I was unwanted.

When that happened, I started to have suicidal thoughts. My teacher caught me once when I tried to jump off the school’s rooftop. There was nothing good ahead, and there was just no reason to be motivated for anything.”

It was a hard season of my life, I was only 9 years old.

I came to know Life Community in 2017 as they look after children with parents in prison, and joined their Friends of Children and Youth (FOCY) programme.

A caseworker was assigned to me and he visited me regularly.

Over time, we became more like friends. We talked about various things, from how I was coping with the situation at home, my studies, my friends, and also any negative thoughts or fears. Through sharing, I became aware of how I felt and what I thought, and was able to release the hurt and shame slowly. My caseworker also guided me on how to approach and handle situations in a better way where I would feel I am empowered.

He also brought food rations each month, which helped me and my grandmother out financially. My grandmother has been caring for me and my sister after my father was incarcerated.

I don’t know when the shift happened, I think it was after 6 months to 1 year. I started feeling better about myself with regular participation in the mentoring sessions and workshops organized at Life Community. They taught about character, values, and skills such as entrepreneurship! I had lesser suicidal thoughts and I was surprised that I did not cry anymore when my classmates insulted me.

I also did better in my studies after attending weekly tuition at Life Community (Chinese and Math). I even started liking these two subjects. Things in my life are starting to improve.”

-Charles, FOCY Programme (Name has been changed for confidentiality reasons) 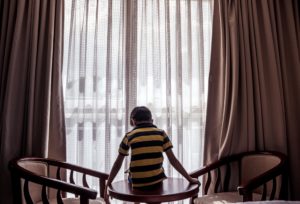 Towards the middle of 2019, Charles’s caseworker noticed Charles’s growing rebellious attitude towards his grandmother, most likely due to him entering his adolescent years.

Adolescence is an important transitional stage from puberty to adulthood. The tendency to be influenced by peers and surroundings is high.

Youths from vulnerable backgrounds may not have a parental figure present in their lives, hence, an adult role model’s care, guidance, and empathy is essential to help them navigate the challenges of this particular season, and also steer them away from negative influences and vices.

With this in mind, Charles’s caseworker and mentor will continue to journey with and empower him so he is strong and ready for the next phase of his life. 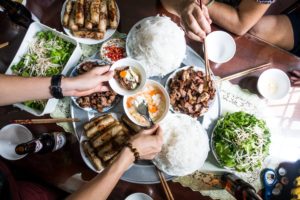 A year has passed, and Charles has matured over the last twelve months.

With regular attendance at Life Community’s tuition programme, his caseworker and mentor are encouraged that he has passed his PSLE in 2019. He is now attending secondary school.

Charles has grown to be self-motivated. He has shared he can do better and has desires to excel academically, so he can transfer to another school which is nearer to his home. This would save him much travelling time which he can then use for studies, soccer and fishing.

His caseworker has also noticed that Charles is showing more consideration towards others. When he first joined Life Community in 2017, he was easily distracted and would disturb anyone near to him. Today, Charles is able to sit through an entire mentoring session, focus, and hold deeper conversations about his emotions and values, as well as his thoughts on his visits to see his father.

He is able to empathize and understand that his actions can affect others and as a result, is more mindful of his behaviour.

During this circuit breaker period, Charles has also mentioned the frequencies of his quarrels with his grandmother and his sister has reduced. This is a great improvement in his ability to control and manage his emotions as more quarrels tend to result from being in one space for a long period of time.

His grandmother also shared his classmate had recently punched him due to a small misunderstanding. Charles simply walked away and informed his teacher. In the past, he would have retaliated. Again, this is a great improvement from his previously impulsive nature.

Life Community is encouraged to see so much improvement in Charles after continued and ongoing intervention. We will continue to walk with him on this journey until he is stable and equipped for the next phase in his life.